A recent article in The Australian describes the project and our role as an Aussie manufacturer:

"Australia’s manufacturing response to the coronavirus crisis has gone agile, with the first of at least 500 rapid-response hospital beds rolling off the production line in Sydney’s west on Tuesday.

The local arm of US medical giant Stryker has signed a deal with the West Australian government to supply the beds, which can be quickly used to expand hospitals and are designed for those with respiratory issues.

The high-speed order, which were turned around from concept to production in just weeks, involved Stryker’s four locally based manufacturing partners working around the clock to meet the delivery deadline.

Sydney producers AH Beard and AmTek Australia, Melbourne’s Fallshaw Wheels & Castors, and Newcastle’s Varley Group have joined in the Stryker effort as part of a broader response from business that has seen many retool and reposition to deal with a redrawing of global supply chains. The Michigan-headquartered Stryker will produce the beds in Australia alongside production running at full pelt as its operations in the US.

Already, Stryker’s beds have been used to supplement the healthcare emergency in New York – where tent hospitals have been set up in Central Park.

Stryker Australia president Maurice Ben-Mayor said it was incredible that the business had been able to deliver from specialist design to production in a little over three weeks.

“To make it to Australian standards, gauges and screws, that was six days to go from design, to source local manufacturing, to knocking out a prototype,”

Mr Ben-Mayor said. “Because the response needs to be so quick with quality, that’s what positioned Australia to be in front of this.”

Mr Ben-Mayor said Stryker was looking at what was needed across the Pacific region into Indonesia and Southeast Asia for the beds that could form part of their response to the viral pandemic.

“The capacity is there but it’s a question for the government in what approach they want to take,” he said. “We’ll be selling and exporting these products in the Pacific if there’s a need.”

Melbourne’s Fallshaw Castors & Wheels has been running non-stop to produce almost 70,000 castors, with more on the way, for both Stryker’s American and Australian operations.

Jo Fallshaw runs the business her grandfather founded 100 years ago and said they had had to put on more staff at the Sunshine factory in Melbourne’s west to meet demand. “We’ve got a skilled and a very flexible workforce. Australia does very well in a lot of short runs and customised products,” Ms Fallshaw said.

“We’ve got that flexibility to customise, we’ve got more than 3000 items in our product range.”

Federal Industry, Science and Technology Minister Karen Andrews, who is co-ordinating a task force to source PPE and items, said the swift action from all businesses on the project was “an incredible feat”.

“The fact that these beds can be manufactured from readily available components, shipped and stored as flat-packs and then assembled on site with hand tools demonstrates the kind of ingenuity that is helping Australia respond effectively to the COVID-19 crisis,” she said, adding the innovation highlighted “how local producers are supporting our hospitals and ‘pop-up’ care facilities with equipment … but also the potential to support the healthcare capacity of our Pacific neighbours if needed”. 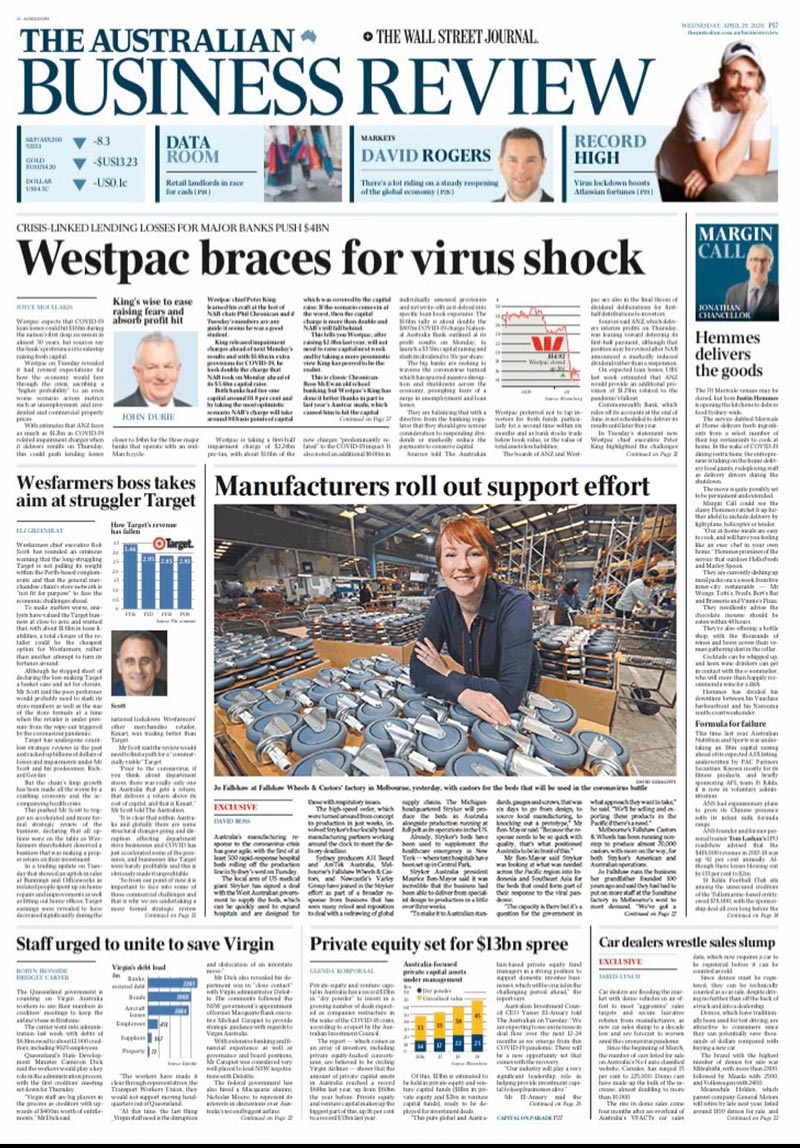 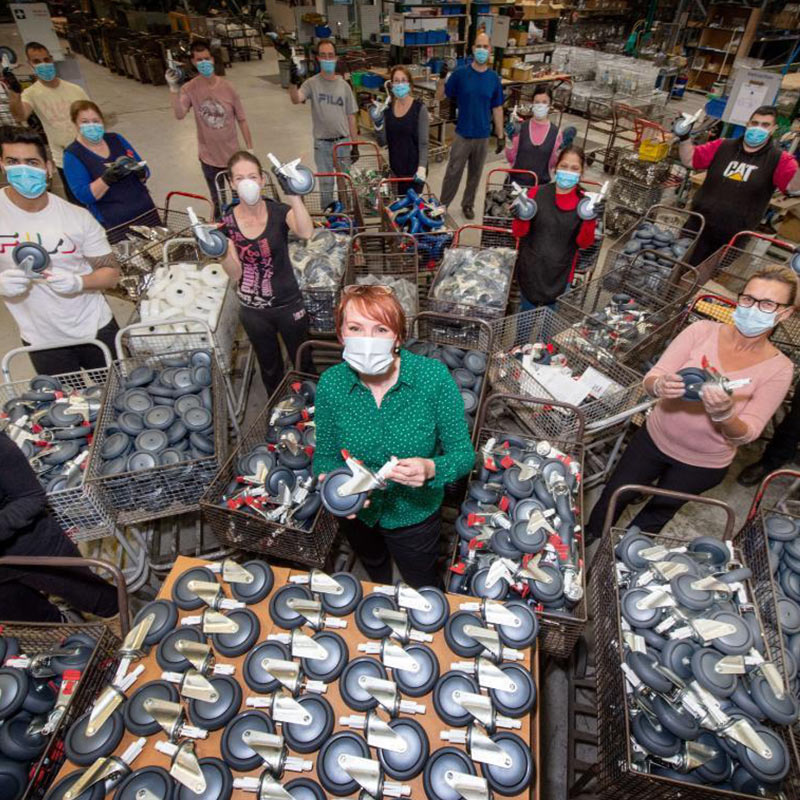 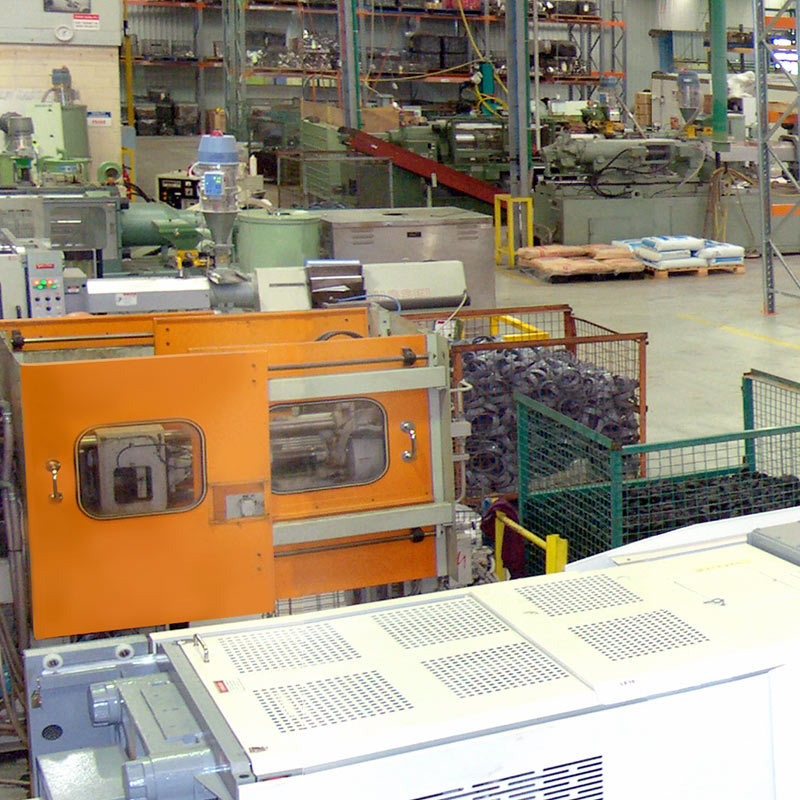 Spanning three generations of family, Fallshaw is an Australian manufacturing business who have proudly been designing and manufacturing high-quality wheels and castors in Australia for 100 years.

Fallshaw's strength is that they are innovative, adaptable and resourceful. 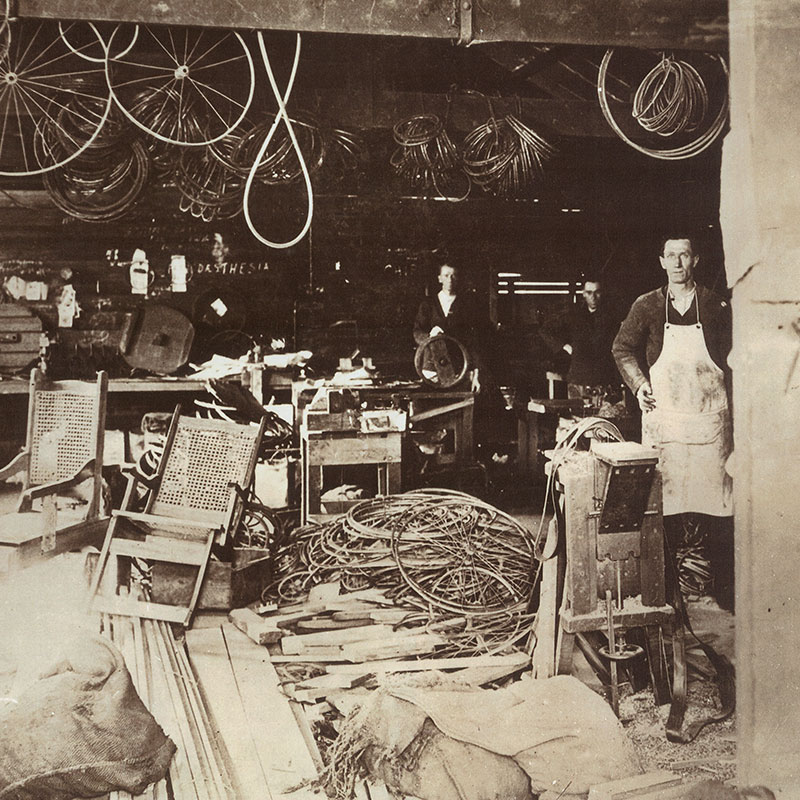 The company was founded by Percy Fallshaw who started making wheelchairs in 1920.

Percy is pictured inside the original workshop. 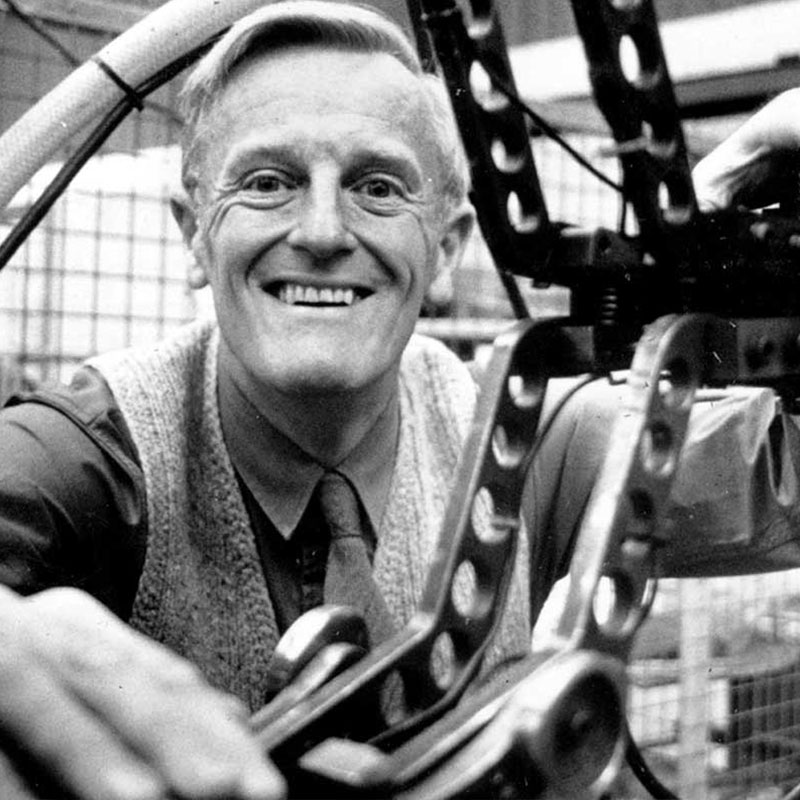 Then managed for 45 years by Robert Fallshaw, under whose leadership started making castors, developed a manufacturing expertise and built an enviable sales network to become one of the world’s leading castor companies.

Regrettably Robert passed away in 2005. 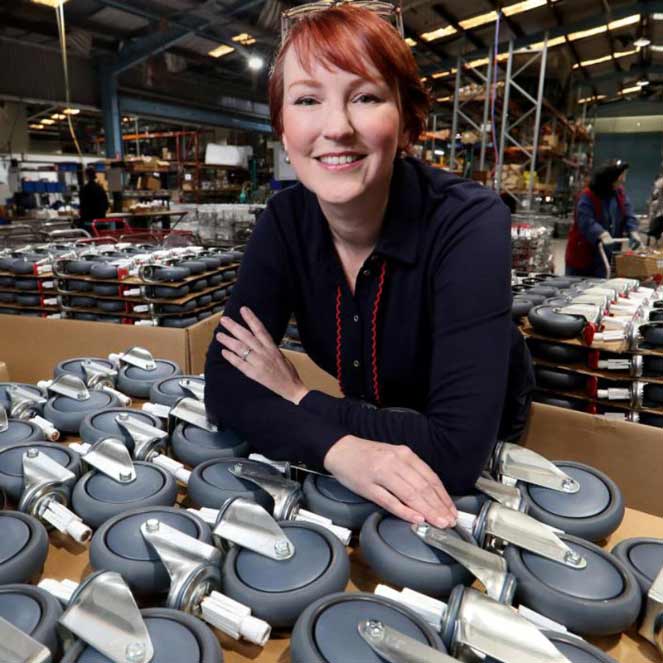 Jo Fallshaw, Robert’s daughter, is now the Managing Director and owner and continues the tradition of developing innovative products.

Jo is pictured here with the medical castors for the emergency relief hospital bed supply.

mail_outline Sign up to our quarterly InFront newsletter, and receive our latest updates, specials and industry news.